The Latest Findings on Memory 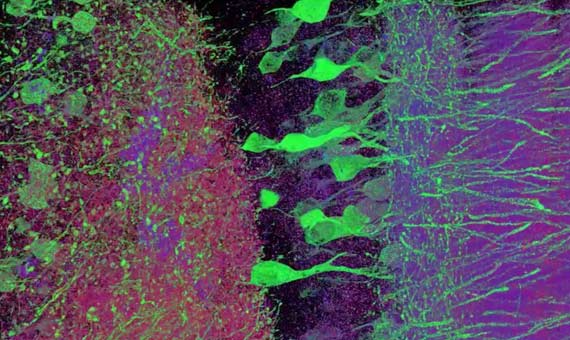 Neurons in the process of synapse in the hippocampal area of the brain, which is essential for learning and memory. Credit: Ed Boyden, MIT

Many years ago, aÂ friend of mine and I used to argue quite a lot about how memory worked. Â HeÂ couldn’t tell a chronological story to save his life, but remembered specific facts with great detail. Â I couldn’t remember every specific detail, but could give a cohesive and well ordered summary of what happened. Â We eventually came to agree that our brains simply must be wired differently, because our memories worked in very different ways.

The Latest Findings on Memory is a fascinating account of just that, and that it is even visible in a scanner! Â Amazing.

..not everybody recovers the information we store about our past in the same way. Some people keep their autobiography in their brains as visual scenes (episodic memory) decoratedÂ with great detail, while others archive events as a list of facts and words that describe what happened (semantic memory). In the first case memories would be recorded as a movie, while the second would resemble a history book (but without pictures). The most interesting thing is that these two types of memoriescorrespond to brain structures that are easily identifiable in a scanner, as demonstrated earlier this year by Signy Sheldon and his colleagues at the Canadian universities of McGill and Toronto.

Could Blockchains Be the Internet’s Memory?

I’ve been vaguely interested in virtual currency ever since the days of the Linden Dollar (L$), and for a while when Bitcoin first came out, I was converting all of my L$ stipend to Bitcoins just for the fun of it and to see what happened. Â I never really got how the blockchain part worked, and this little primer doesn’t go into any technical detail, but it might be helpful for a high level view.

Forget Bitcoin â€” What Is the Blockchain and Why Should You Care?Â gives a descriptive overview ofÂ how a blockchain works, and says the implications might be profound for the internets:

In that sense, if the blockchain lives up to its potential, it could introduce a level of democracy and objective â€œtruthâ€ to the digital world that even the physical world canâ€™t match. Its promise involves a future in which no one has absolute power online, and no one can lie about past or current events. This future has yet to be realized, but every day more of the smartest people in technology are jumping on the bandwagon, and believing that one day, it will be possible. 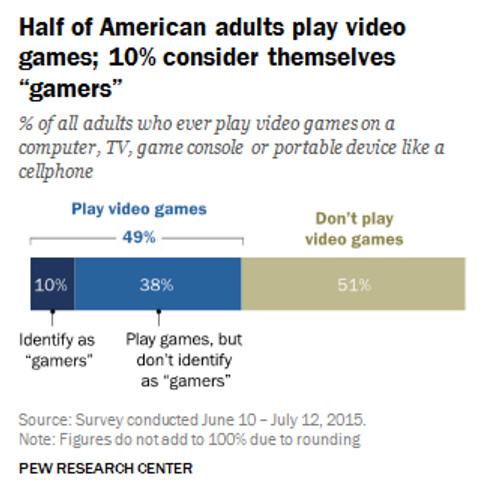 Gaming & Gamers from the Pew Research Center. Â I missed this reportÂ back in December, but hey, the internet has a long memory.

In my presentations at work, I used to ask my audience, “How many of you are gamers?” to get a sense of my audience, but about a year ago, I began to rephrase the question, “How many of you play video games?” Â The “gamer” identity is its own thing, and although I identify as a “gamer”, I also recognize that the label isn’t welcome by everyone who enjoys gaming.

This is an important report for VR developers to read because gamers (or rather, people who play PC games) are more likely to have or be early adopters of PCs capable of playing VR. Â And hey developers, women over 50 might be part of your audience!